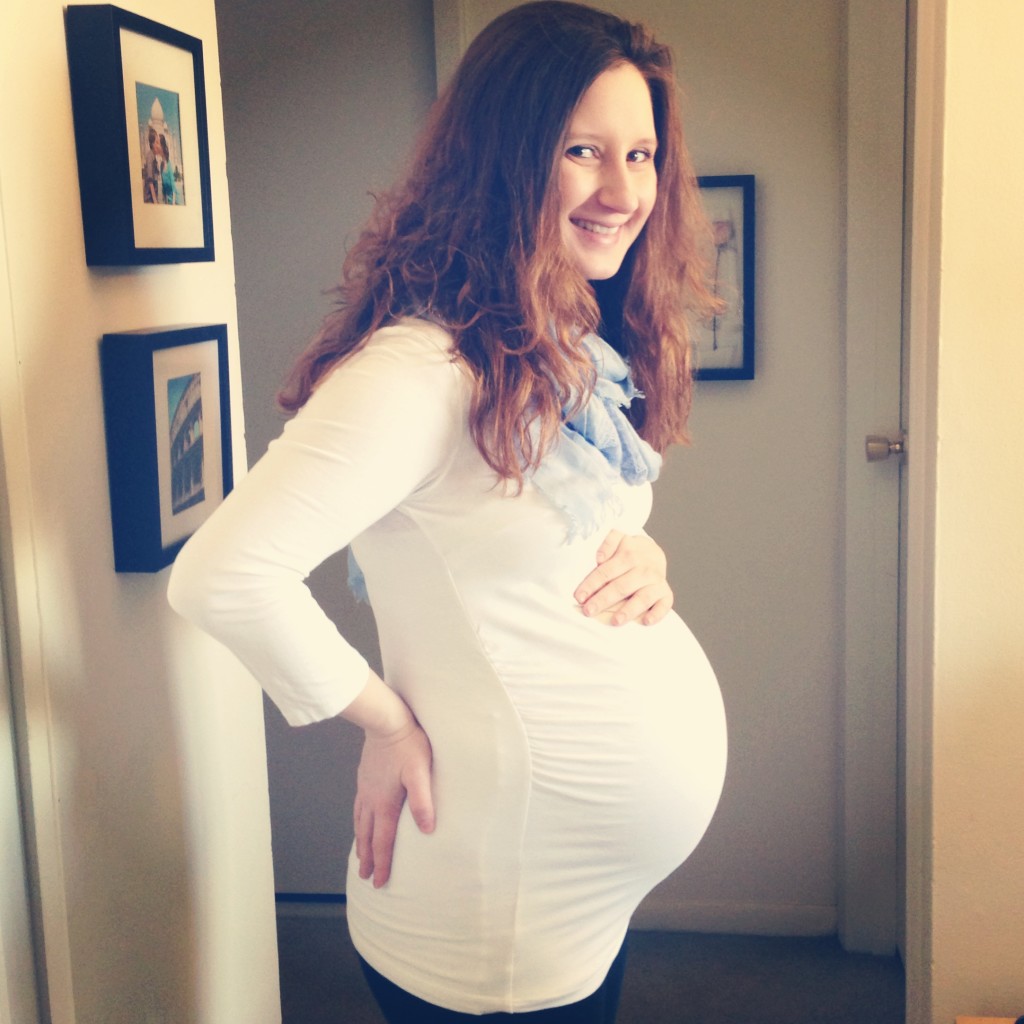 Here I am at 48 weeks pregnant.

I swear every single day this week has felt a week long. At least. It is so weird how time works like that. I could hardly believe how fast this pregnancy flew by and then it’s like time slammed on its brakes in the last week.

I have my ups and downs about being overdue. I’m mostly just thankful he’s healthy. In some ways Joel has it worse than me. He goes to work every day where he gets the “haven’t you had that baby yet?” several times every day. Of course Joel doesn’t mind but I’m sure it would drive me crazy. I on the other hand stay home and so I only get the random text checking in which just feels sweet.

Funnily enough the only one to give me a little bit of a hard time in person is the nurse at my OB’s office. She was all, “I went on vacation and everything! Why haven’t you had him yet?” Joel says I actually rolled my eyes. Oops. I mean really though, if you work in an office with a bunch of pregnant ladies shouldn’t you know better? 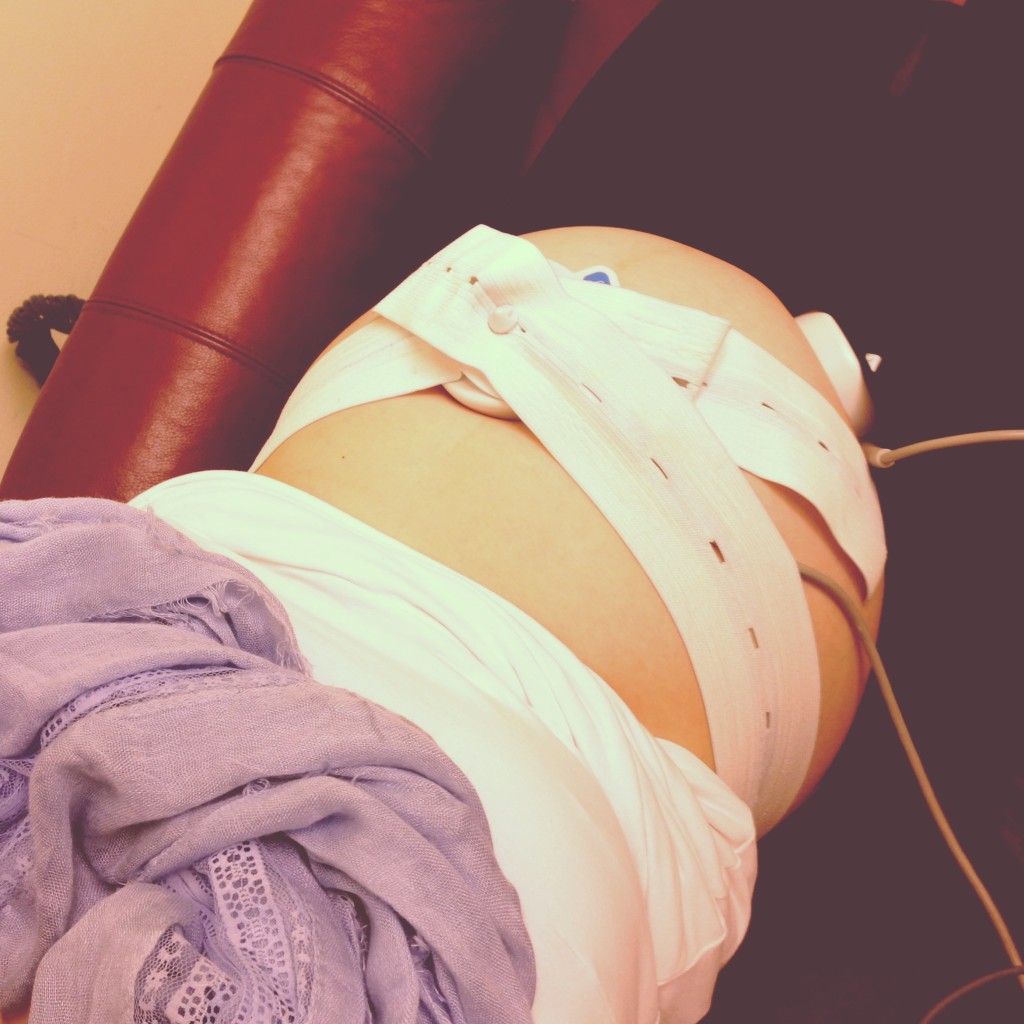 Wesley is still as healthy as ever. He passed another NST today although he was quite a bit lazier than usual. In fact, I was starting to get a little worried because normally the bands around my belly make Wesley annoyed and he kicks up a storm. I asked Joel to say something to him just to be sure. Joel just said Wesley’s name really quick and this immediately happened.

The little black arrows indicate kicks and his heart rate went up a bit (which is exactly what it’s supposed to do when he moves). Proof this kid loves his daddy’s voice more than any other sound in the world. It is the sweetest, coolest thing ever to me.

I talked to my midwife about my concerns about his hands being up by his face and she eased my mind a lot. Apparently it’s only a concern when his hand is over his head. She said he’s so engaged in my pelvis right now that she’s not worried about that happening at all. I didn’t have her check me for further dilation since I haven’t had any “real” contractions since she checked me last. She also mentioned my original dating ultrasound put my due date at March 23rd. They don’t officially change things unless they’re a week or more off but likely he’s a couple days less late than we’re counting right now.

So we wait. Still no induction date because there’s currently no medical reason to set one. At least the weather has finally started to improve. And if he decides to stick around I guess I’ll actually get to have Easter dinner with Joel’s family. That would be fun. Plus, April’s birthstone is diamonds. Aquamarine is pretty but who can really complain about diamonds, right?

The Easter Bunny is Coming