Twenty Four Weeks! Plus bonus bump picture round up

Those three words feel huge to me. Every milestone week felt big.

Twelve weeks felt big because of the reduced risk of miscarriage. Also the promise of the end of morning sickness. Ahem, still waiting on that one by the way.

Twenty weeks felt big because I was halfway done.

But twenty four weeks feels more than big, it feels huge. Today marks the day that if I go into labor they can try and keep my boy alive.

Obviously I want this boy to stay put for quite awhile longer. I want him to cook for as long as he needs to in order to come out safe and healthy. I also haven’t had any indication that he’s planning on making an appearance any time soon and that’s just the way I like it. There is a sense of reality that comes with this week though. From this day on this kid who has been thumping away at my uterus and making me hate almost all food is a baby. A baby with a real chance at life.

I feel like today I can love him just a little bit more. I hope that doesn’t come off as harsh or callous. I already loved this boy more than I knew possible. Knowing that, as of today, if he made an unexpected early entrance we could actually fight to keep him alive and not just say goodbye somehow allows my heart to love him just that much more.

Anyway, everything seems so far so good. I had a rough go of nausea last week that almost made me google whether anyone has ever been knocked up again halfway through a pregnancy. I really felt like I’d been catapulted back into week 8 or something. Thankfully it has eased off again and I’m back to just having to pop a zofran every day or so. Other than than that and some lower back pain I’ve been feeling pretty well.

Baby boy is quite the kicker. I felt him for the first time at 16 weeks, right after we found out the gender. Joel finally got to feel it for the first time the day after his birthday and oh do I wish I could have captured the expression on his face when he did. The mixture of surprise and joy was so magical I wish I could box it up and keep it forever. I’ve experienced very few moments of pure magic in my life but that was one of them.

I’m also finally really showing and not in the did-she-just-eat-too-many-cheeseburgers? kind of way. 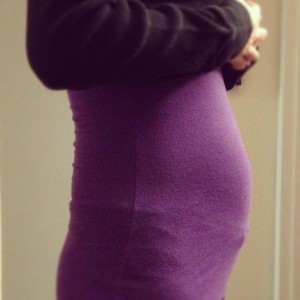 If you follow me on Instagram you’ve already been keeping up on my bump pictures (and if you don’t, go fix that). For those of you that missed them, here’s a round up of the ones I’ve taken so far. 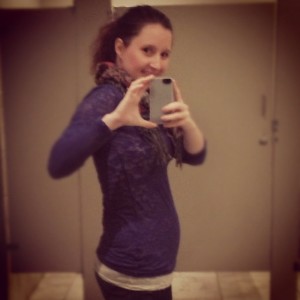 18 weeks, first bump picture is in a public bathroom. Nothing but class here. 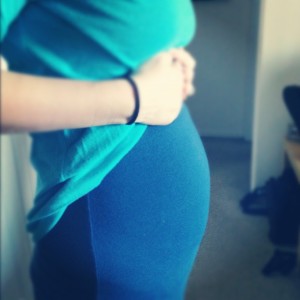 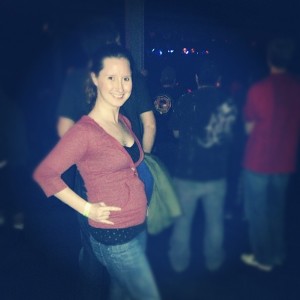 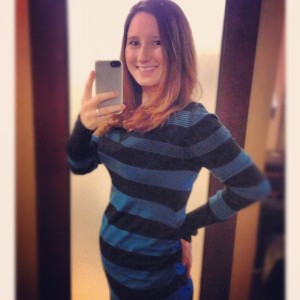 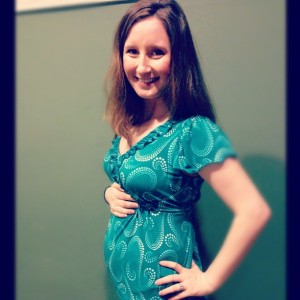 I’m going to try and do these belly picture/update posts weekly from now on. I know, you’re excited.

Today we had our 20 week anatomy scan. In the words of the doctor the baby is perfect. 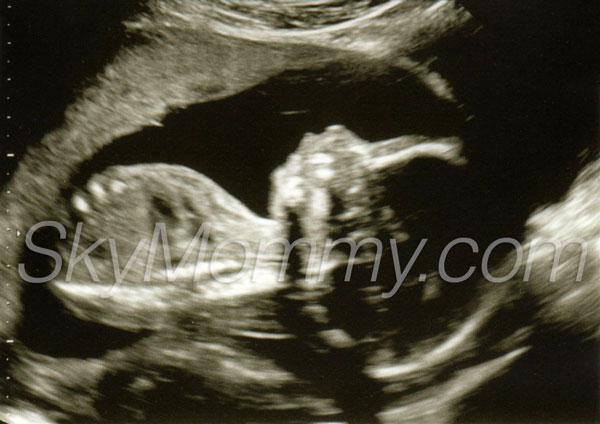 We also lucked out and had the best ultrasound tech. She walked us through everything she was doing and why which is great because unless you’re trained everything pretty much looks the same. Or at least it does to me. Honestly I was really afraid I would be all:

But no, it was very clearly a baby and a cute one if I do say so myself. 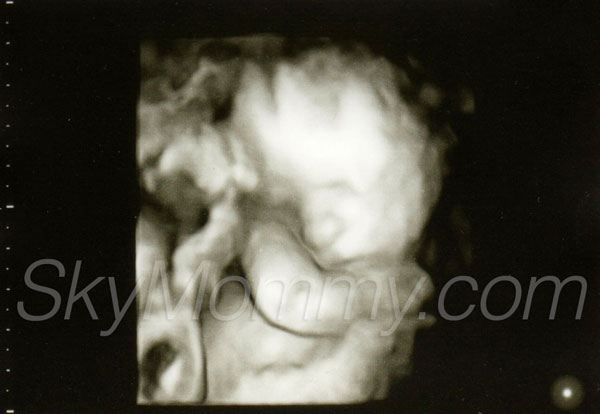 Also, the hands? Tucked under their face the whole time. 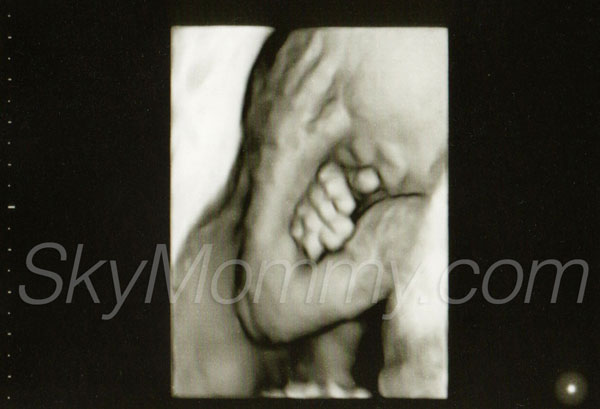 Serious swooning happened on my part.

Anyway, we’ve actually known the gender for awhile. Like, an entire month.

But the thing was, a month ago we went to one of those 3D this is not a medical ultrasound!!1! places with a tech that would. not. stop. saying “Cute baby! There’s the cute baby. Hi cute baby! What a cutie baby!” I mean, I appreciated her enthusiasm but seriously, at 16 weeks it more resembled Skeletor or an alien than a baby. All that to say I wanted to be totally sure about things before we announced it to more than just our family.

We also didn’t see the actual bits because we wanted to be surprised along with our family. So, while we were pretty sure, I felt better about having an actual doctor confirm things.

Our friend was kind enough to bake the cake for us so we could be surprised as we cut. It was seriously delicious.

No potty shot because who wants that on the internet? But trust me, there’s no question. He’s a healthy 14oz or so and all his parts look to be in working order. We have a short list of names but we’re making the final decision once we actually get to meet him.

We are so very excited.