An adventure down under

“The Star Trek movie is premiering in Sydney on the 7th. Tickets go on sale in an hour. Can I try and get some?”

Honestly, I didn’t really think he’d get them. However, about an hour later I got another phone call. He’d gotten the tickets. Out of only approximately three hundred tickets on sale he somehow got two. All I can say is, he’s amazing. So began our whirlwind of preparations so we could leave for Australia in less than a week.

It wasn’t easy, but after several unsuccessful tries and almost twenty hours on two different planes we finally made it to Sydney. We left Friday afternoon and because of the time change we arrived Sunday morning. The premiere wasn’t until Tuesday night so we had a couple days to explore the city. Sydney is amazing. It is one of the most diverse, interesting, beautiful cities I’ve ever been to. I literally took over seven hundred pictures and I won’t bore you (although I have toyed with the idea of doing a sort of daily photo blog from my trip). Here are some highlights from our trip. 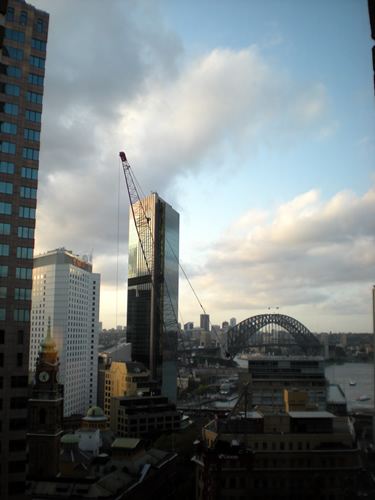 This was the view from our hotel room. That’s the Sydney Harbor Bridge. 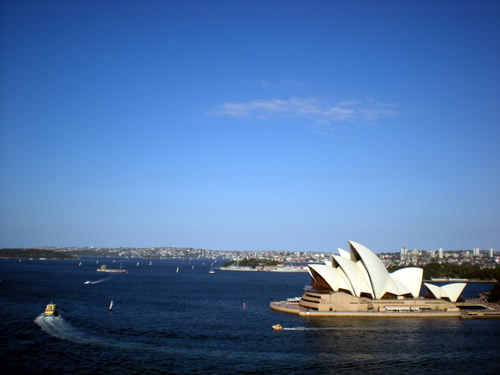 The beautiful Sydney Opera House. This is where the Star Trek movie premiered. 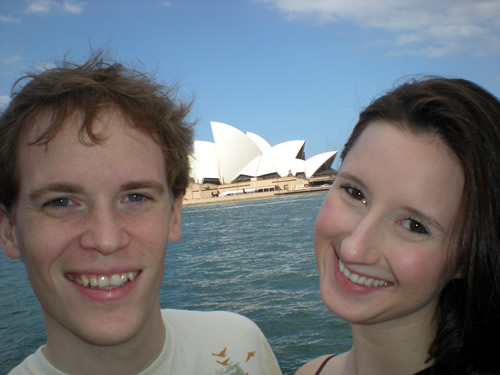 We really were there! 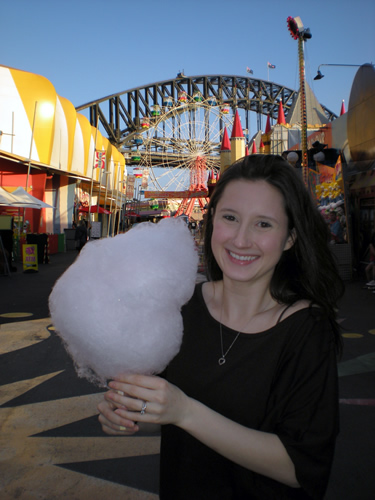 Nothing makes me happy quite like cotton candy or, as they call it over there “fairy floss”, especially at a carnival in Sydney. 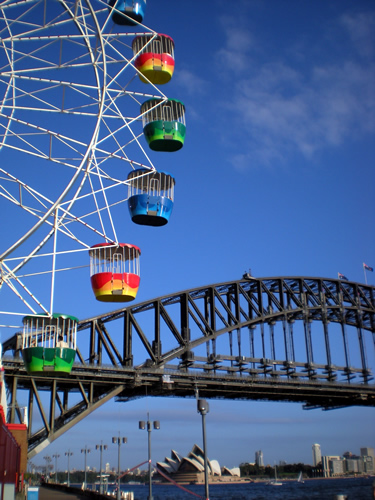 Beautiful view of the Harbor Bridge and Opera House from across the harbor at the carnival we visited. 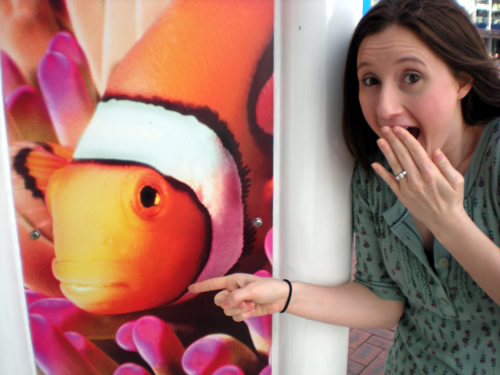 Oh my gosh! I found Nemo! 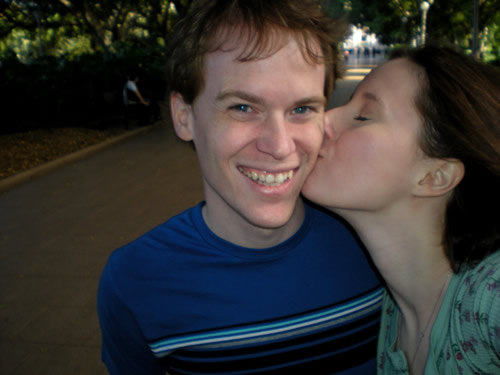 We are so in love, can you tell? 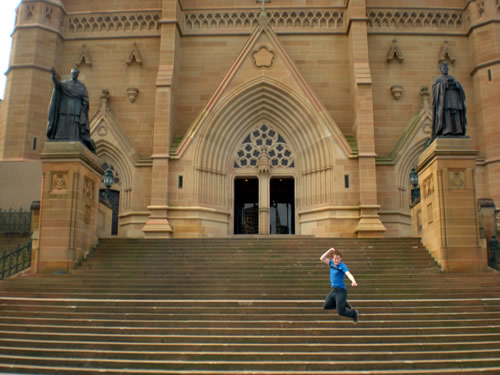 Joel being his typical silly self. 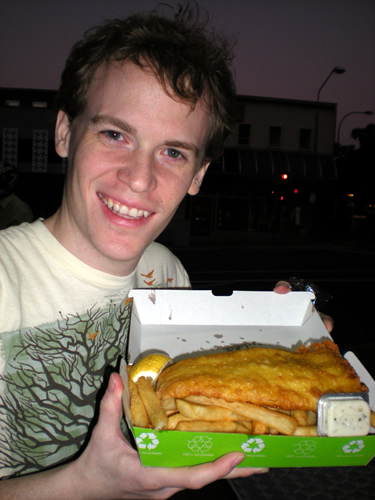 Yummy fish and chips. Joel insisted we get some and I’m glad we did, it was delicious. 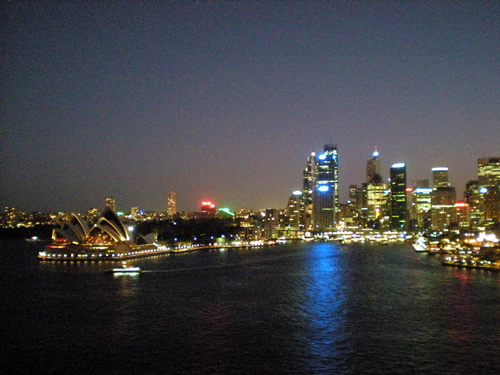 Gorgeous Sydney from the bridge at night.

Of course the real reason we went wasn’t to sight see, it was to see a movie. Just saying that makes me shake my head smiling. Only we would travel to the complete opposite side of the earth for a movie.

Anyway, Tuesday morning we were up bright and early to pick up our tickets and collectible posters. 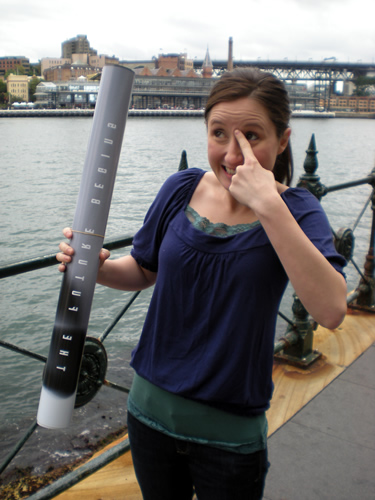 Then it was time for the big night at the Opera House. It was the perfect evening. We got dressed up and walked the red carpet which was a dream come true for me. 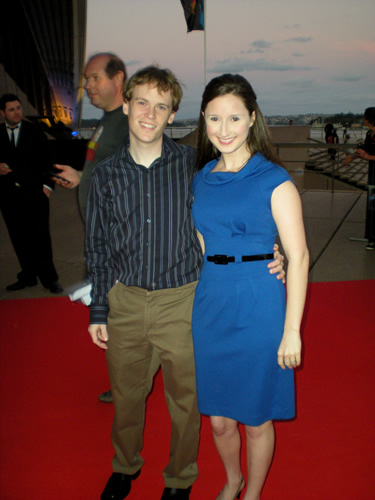 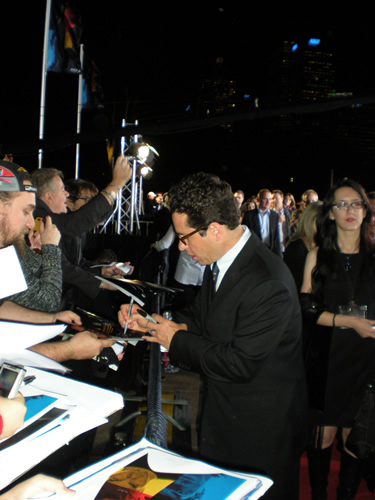 Speaking of J.J. Abrams, here’s the man himself. No, I didn’t use the zoom for this picture, I was really this close to him.

The movie was surprisingly good. I’ve never been a Star Trek fan, I’ve only ever seen a handful of episodes. This movie was not your normal Star Trek. J.J. Abrams is brilliant and the movie was nonstop action. It kept me on the edge of my seat from start to finish. I actually really enjoyed it. Just don’t start calling me a Trekkie… yet.

Make sure to check out Joel’s blog for more Star Trek details and his perspective of the trip.