Get Off My Internets. Or not. 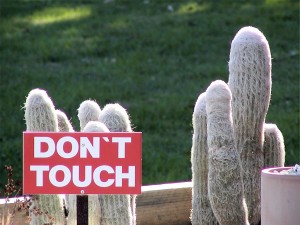 So there’s this site that I’d never heard of until a blogger I read brought it up because nasty things were being said about them on there. Since I’m the sort who likes to test hot plates and wet paint I trotted off to see what all the ruckus was about.

And I fell down a black hole of snark, criticism and downright hate.

Now Get Off My Internets’ ad network has pulled and so the creator and editor posted that they would be shutting it down (<- not a direct link to GOMI, in case you don’t like giving them the traffic). I’ll admit my first reaction was, “Heh, least surprising thing ever.” Others’ reactions were kind of interesting to me though.

There are currently fourteen pages (and counting) of posts begging it to stay around and an impressive number of people offering to pay a subscription fee or donate. I haven’t read if there has been a hard resolution from the editor but, if the number of comments offering to throw money at the site are any indication, Get Off My Internets won’t be going anywhere.

As a online nobody the whole thing kind of fascinates me. On the one hand, people on those forums are very often incredibly nasty. They pick apart these bloggers detail by detail. In reading I have to smirk at someone going on and on about how much they can’t stand a blogger but read every post, not only on their blog but Twitter, Facebook, Instagram etc etc etc. Some of the things said go way beyond annoyance or criticism and verge on stalking behavior and obsession. Much is just blatantly untrue. It’s bullying and I believe that bullying is incredibly wrong and hurtful.

On the other hand, I’ve gone back to lurk more than once in the same way I’ll thumb through a gossip magazine in the grocery aisle if a celebrity I like is on the cover. I have a rule that I’ll never post there, whether it’s in agreement or disagreement. I refuse to participate in bullying. I also know that no one is going to get their mind changed because I try and defend someone I like. So I lurk and roll my eyes and occasionally gasp or snort.

So do I hope Get Off My Internets gets shut down? Meh. It wouldn’t be a great loss to me, that’s for sure. I have actually found a few bloggers on there who are now in my Google reader. And since I did not subscribe to hate on them or snark but because I found them funny or interesting it’s arguably a win for those bloggers? I’m sure I can’t be the only one who has been directed to blogs I might never have heard of from that site. There are obviously more positive ways for me to find new blogs though. I only read there occasionally and it definitely doesn’t fill my brain with positivity, to say the least. I would not miss it very much.

However, I’m not rooting for them to get shut down. It is the internet forum version of a gossip magazine. Sure, I hate the body snark and the misinformation and ridiculous nitpicking. But I think it’s okay that those magazines (and this forum) exist. No one forces anyone to be a celebrity. No one forces anyone to write a blog. Commentary comes with the package deal of putting ones thoughts and life on the internet.

I realize this is easy for me to say as a virtually unknown blogger. No one has verbally attacked me or my family. I do understand that by writing on here I have opened myself up to that potential though. Right now I’m okay with it. If enough people say enough things that are hurtful enough I may reconsider that.

So Get Off My Internets or Stay On My Internets. I don’t have a vote either way. In the same way I’ll crane my neck at a wreck on the side of the road I’ll be following to see which happens.