Today was our shortest driving distance of the trip so far. That and the fact that a good chunk of original Route 66 is gone between Albuquerque and Flagstaff meant that we spent a decent amount of time on the interstate and made fast time.

That’s not to say that we didn’t have a wonderful time. We made sure to stop along the way for some photo ops. 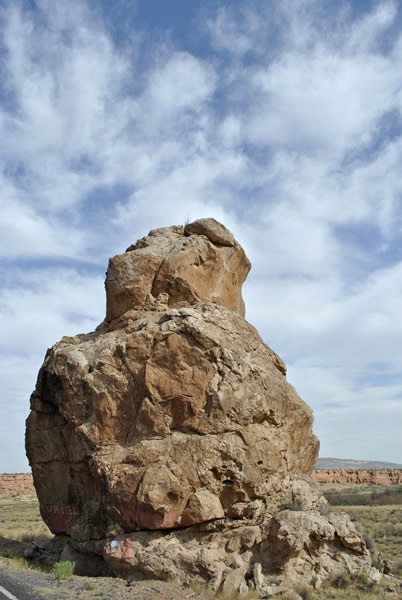 Owl Rock. Bet you can’t guess why it’s called that. 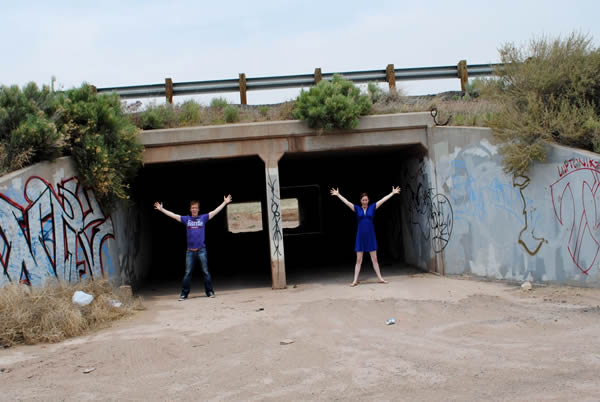 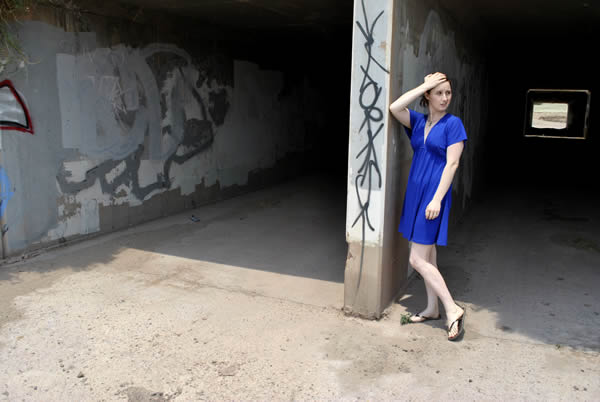 Tiny little double bridge. I wouldn’t recommend driving through it with anything much taller than our little Accent. 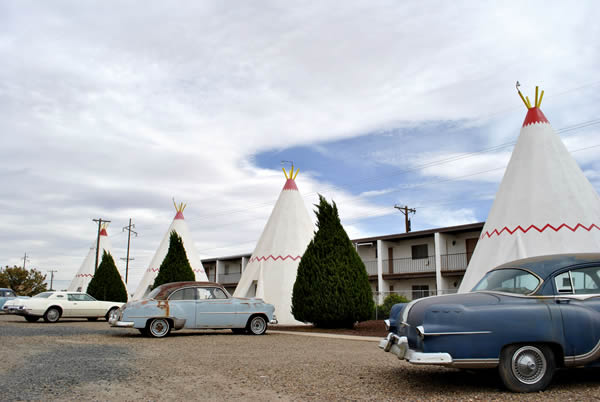 Who can tell me what movie this is in?

The highlight of the day was definitely the Petrified Forest National Park. 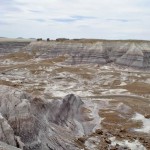 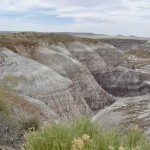 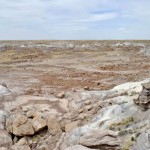 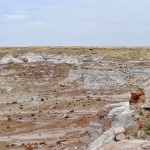 The only downside was it was unbelievably windy. 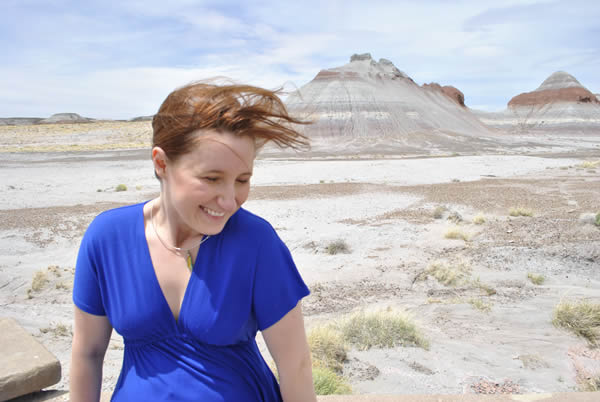 It was too hard to keep my eyes open long enough to get a picture.

Phoebe was not impressed either. I’m pretty sure if I had let go she would have blown away completely. I’m not really even exaggerating.

Despite almost getting blown over by the gusts of wind I braved going out on a ledge for some pictures. 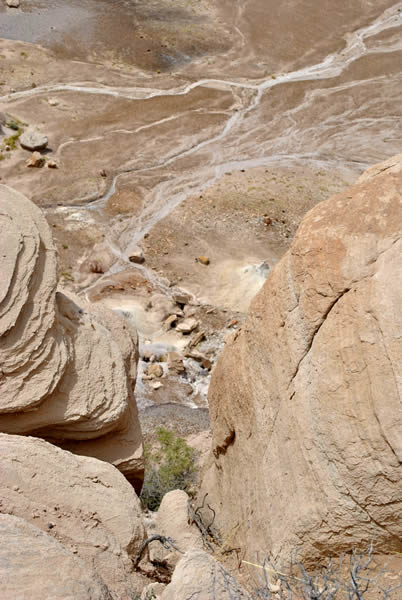 I didn’t realize Joel was taking my picture but I’m so glad he did. This may be one of my favorite pictures of me ever. 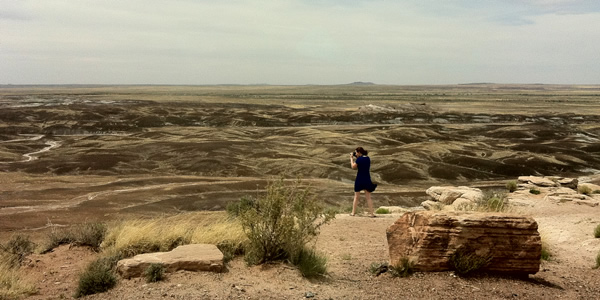 Almost getting blown off a cliff to my death for a photo? Worth it.

The only bummer of the day was trying to visit the meteor crater only to find out it’s completely fenced in. You have to go through a visitor center to see it and no dogs are allowed. Obviously leaving Phoebe wasn’t an option so this was about all we saw of it. 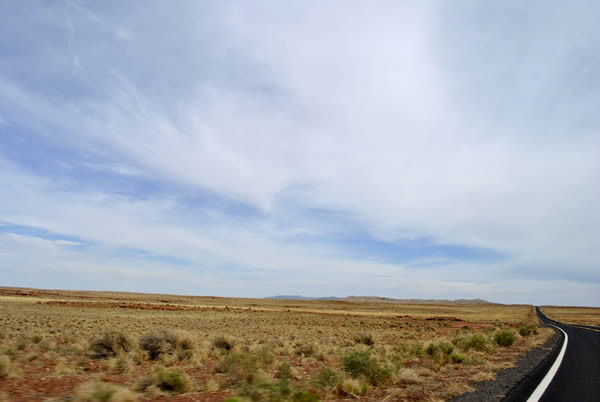 That mound in the distance? That’s it.

In the long run it’s not that big of a deal. Having Phoebe with us has been so fun. I wouldn’t trade this time with her for my own personal meteor crater.

Not that I’d know what to do with a meteor crater if I had one.

But allow dogs of course.

Tomorrow we get to see the Grand Canyon, which is the site I’m probably most excited to see on this whole trip. I just hope the wind calms down so I can get some decent pictures.

You know, looking at the camera with my eyes open.

And maybe not getting blown off the edge. That’d be good too.