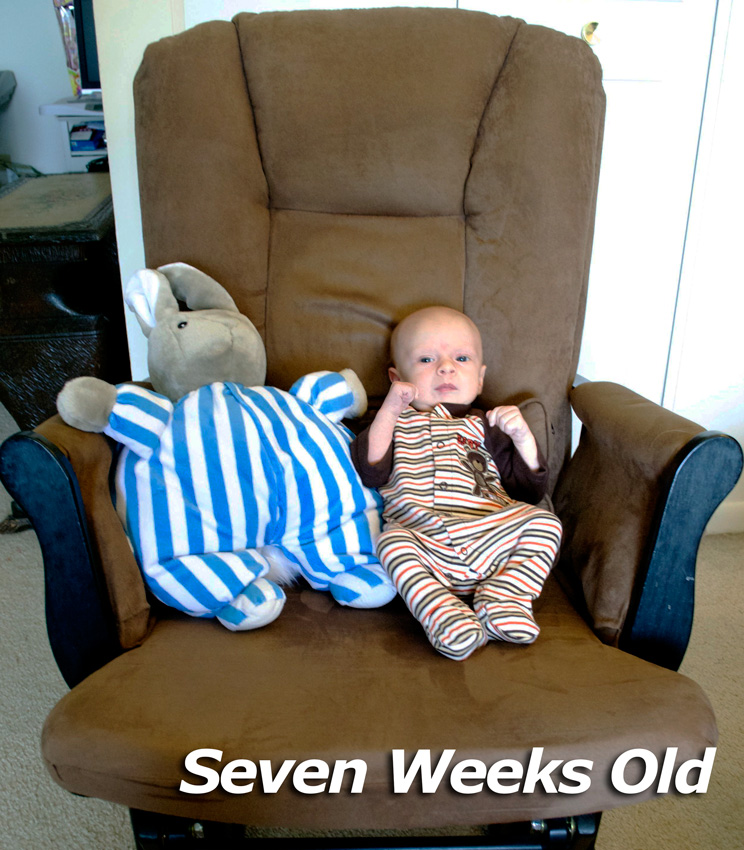 We had a reunion of our Bradley Method class this week. 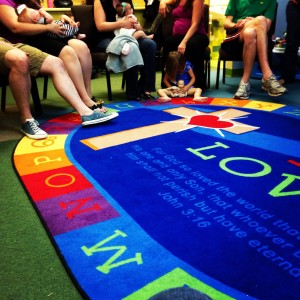 No faces because I don’t put people’s babies on the internet without their permission.

It was cool hearing everyone’s birth stories. I still have yet to finish editing mine (I know) but this may have been the push I need to just buckle down and finish it. I do love to talk about my birth because it was amazing and the Bradley Method played a huge part in that. It was also neat to see all the babies who are all within a few weeks of Wesley’s age. He is super bald compared to most of the other babies, several of which had a hilariously cute amount of hair. 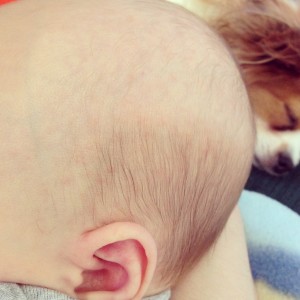 We call it his Picard hair, #NerdAlert. I kind of adore it.

I finally had my check up to clear me for activity. I’m all healed up and cleared to exercise which meant I actually got to go back to dance. I only went to one class this week and was ridiculously sore for what I did. Apparently sitting on the couch for the better part of 6+ weeks is not the way to stay in shape. I’m raring to go though because I am over how tight even my fat pants are. Plus this whole breastfeeding thing makes me eat-my-own-arm hungry at all times which means I’m still not down to pre-baby weight, much less down to my happy healthy weight. Give me ALL THE EXERCISE! The only thing I didn’t figure out at the appointment was whole birth control thing. Still not sure what I’m going to do about that. But this post is about Wesley so I’ll leave that for another time.

This week we had a milestone I never hoped to hit. Baby’s first fever. 🙁 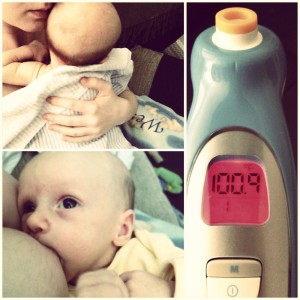 Poor little dude hadn’t slept well two nights in a row and the second night I noticed he was really fussy while breastfeeding because his nose was all stuffy. Then he woke up stuffy and very fussy. He just wasn’t my normal happy baby, it was the saddest. We had planned to go to the opening of the new Star Trek movie but I obviously didn’t want to take him anywhere so I stayed home and Joel went. The next day his fever was gone and he was back to his normal smiley self though. 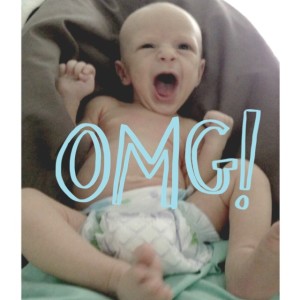 I’m so very happy it was super minor. I’m hoping we never go anywhere near a fever again because seeing my baby sick and uncomfortable hurt my heart. Shut up, I can wish. 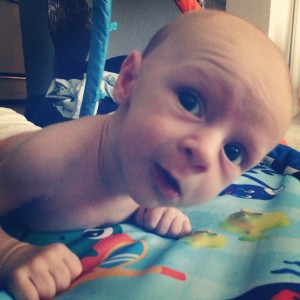 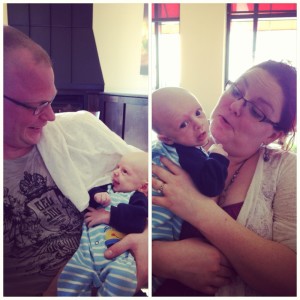 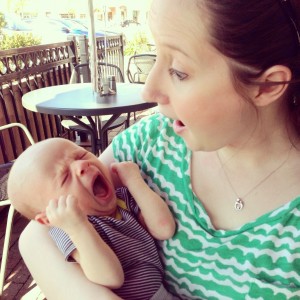 In fact, the weather was so nice and he did so well we ate out on a patio twice in one week.

I realized that because of the post I put up on Mother’s Day I forgot to post Wesley’s six week update. Oops. Bad mommy blogger. I’m going to attempt to back post it. I did take a picture so, if nothing else, I’ll post that. I also should post about how my first Mother’s Day actually went (short version, it was lovely). Not to mention the birth story and I have yet to post his gorgeous newborn photos… As you can see I have a backlog of posts I want to write and the more behind I get the less I’m motivated to actually write them. Blah.

I’m not giving up on this blogging thing though, even if I’ve felt like it from time to time lately. I’ve made some great connections with so many of you and I hope I don’t lose them because I’ve been slacking on the writing and reading and replying to comments. I do read them, even if it’s from my phone which makes replying a pain. Thank you for sticking around. I’ll figure out a balance. And if anyone has any great tips for an app that will make reading blogs and leaving comments easier I’d love them. I’ve had so many comments eaten that I’ve all but given up trying from my phone. You all are very important to me so I want to get back to replying here and commenting on your blogs ASAP.

All my shirts have to be worn with a long tank top under them now. Otherwise, as you can see from the picture, my underbelly would get cold.

I brought up my belly button to my midwife yesterday. Not because I’m worried about it but because I knew she’d see it anyway when she measured me and checked the heartbeat (both perfect by the way. He’s a healthy growing boy). She just said, “Oh yeah that will happen” and that unless I saw drainage I shouldn’t worry. She then proceeded to tell me that my actual belly button would get flat and may even pop out… as if I might not know that either. Is it just me or is not knowing a nine year old scar could get irritated and knowing belly buttons pop out during pregnancy not on the same level? Or am I just the only human who didn’t know about belly button ring scars?

We scheduled our next appointment in two weeks where we’ll go over the birth plan and do my Group B Strep test. Then we’ll be starting weekly appointments. Eek!

We also took a big step and bought Baby Boy a car seat.

While shopping I got to do something I’ve wanted to do forever. Twice!

Dumb? Maybe, but clearly it made me happy.

I know I said I’d have maternity pictures to post this week but there was a bit of a snag with them. We got the disc with the photos and Joel noticed the resolution wasn’t as big as we expected it to be. When he contacted the photographer she realized she had shot on the wrong setting and what we have is as big as it gets.

She was really awesome about it though and offered us our choice of either a reshoot or giving us all the pictures from the shoot. I’m too in love with what we shot to try to recreate it. I was even sad about certain pictures not making the cut. So, we chose to get all the pictures. They’ll still print up to a decent size, I’m not sure we would have blown them up to giant wall sized anyway. So I’m really pleased with how it worked out, it’ll just be a bit longer to get them and post them. Sorry!

We also did a gorgeous outdoor maternity shoot with my very talented sister. It was pretty cold but not too bad for a January in the midwest. The pictures turned out really gorgeous. As Joel gets some free time (ha) to edit them I’ll be posting those too.

I’m such a picture tease.