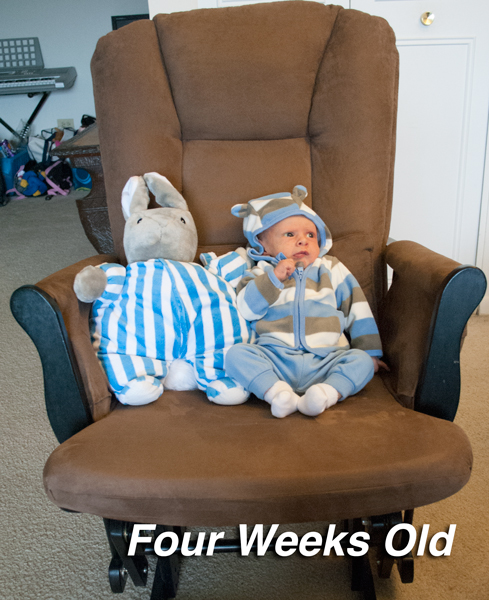 Lights have become the most interesting thing in the world this week. Obviously.

This week Wesley has become so much more interactive and alert. He has also started cooing which absolutely slays me. He is a super happy, sweet baby. Unless there’s a problem (ie. he’s hungry, sleepy or needs his diaper changed) he is just a content baby who likes to stare at lights and out the window. 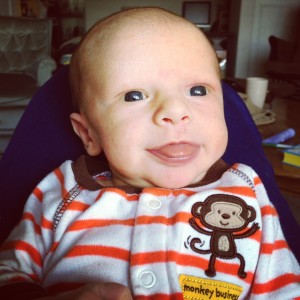 I finally got my first real smile this morning and it was one of my favorite moments ever. It came after a really crappy night of sleep. He woke up around 4am and didn’t sleep for more than 10-20 minutes at a time after that. Thankfully he wasn’t fussy, he was just awake. I still wasn’t thrilled to be up and the sleepiness had me a bit grumpy. That went away in an instant when he looked me right in the eyes and, with a coo, flashed me the most adorable crooked smile. I’ll never forget it. Bad mood? Gone. 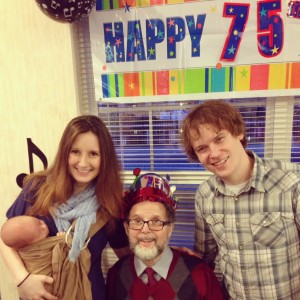 He had another big outing this week. My dad turned 75 so we had a little party to celebrate. It was so nice seeing my dad so happy. Wesley was a dream. I put him in the wrap and he passed out and slept the entire party. The weather was beautiful so we got some of our first family shots outside by the lake. 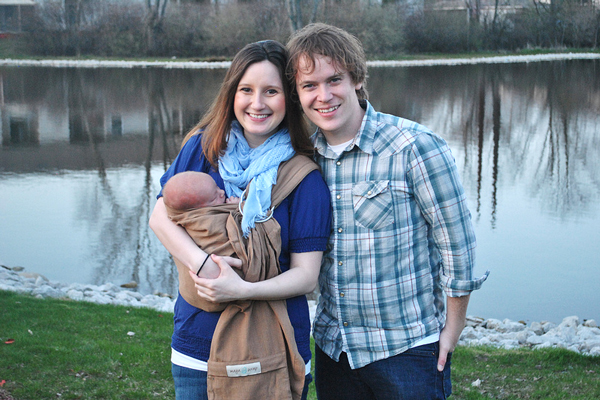 I love our little family.

The next day is was still beautiful out so we took Wesley for his first walk. 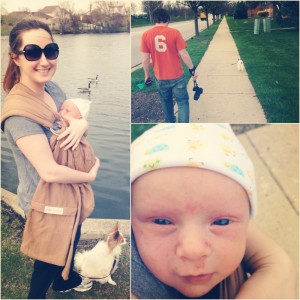 I’m so freaking glad spring finally decided to show up. 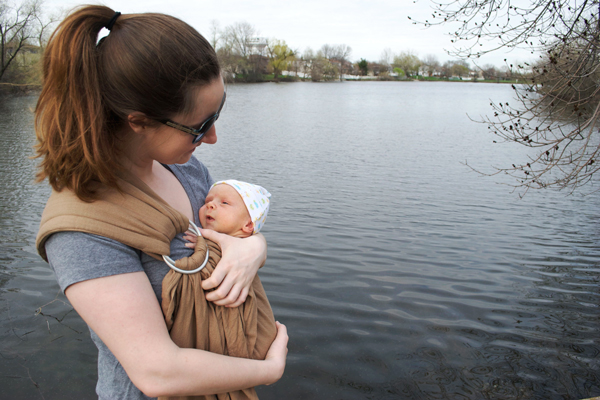 One last adorable thing happened this week. At the party my nephew Jordan kept asking to hold Wesley. I let him a couple times and he was so sweet and gentle with him. I snapped a couple of pictures and then later my sister sent me this text. 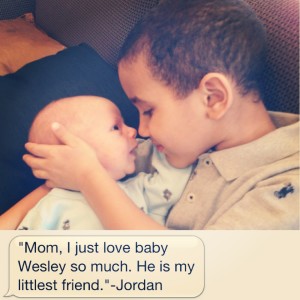 There really is nothing like the bond of cousins. I look forward to seeing him grow up with them. He has a whole group of best friends who can’t wait to wrestle, play and run around with him.