Today was the epitome of taking advantage of every moment and not letting anything pass by.

We got up early and started the day with fresh made waffles courtesy of our motel. Nom.

Our first stop was the Bug Farm. We almost missed it but we turned around and I’m really glad we did. 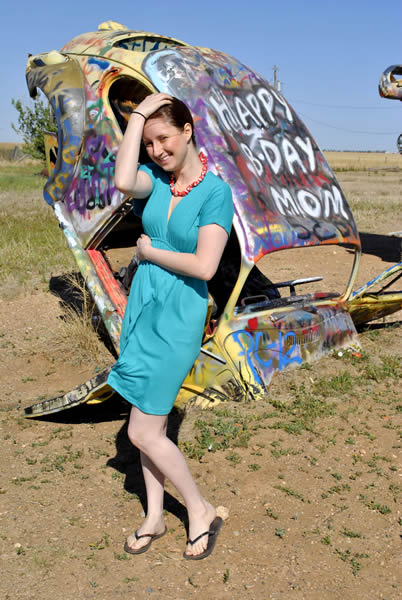 It’s the VW Bug version of Cadillac Ranch. I love me some VW Beetles. Obviously it was extremely windy again. However this time no whales, humans or half buried cars were flashed.

Then it was on to Cadillac Ranch for more buried car fun. 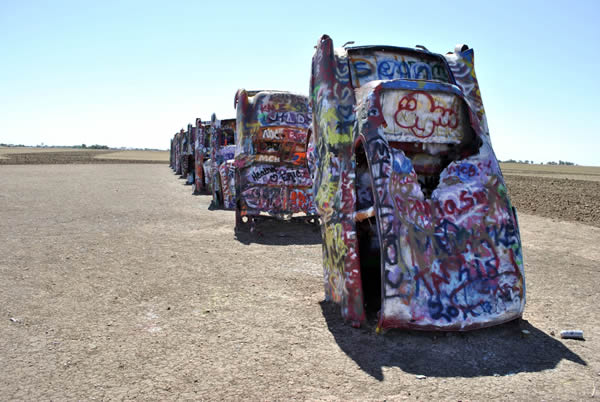 We should have thought to bring some spray paint. Not something we keep in the trunk of the car. I know, you’re shocked. 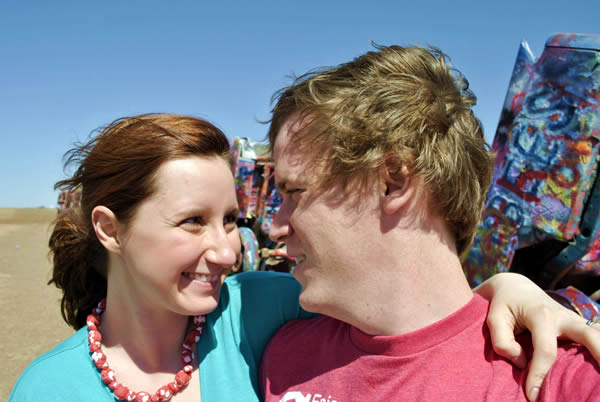 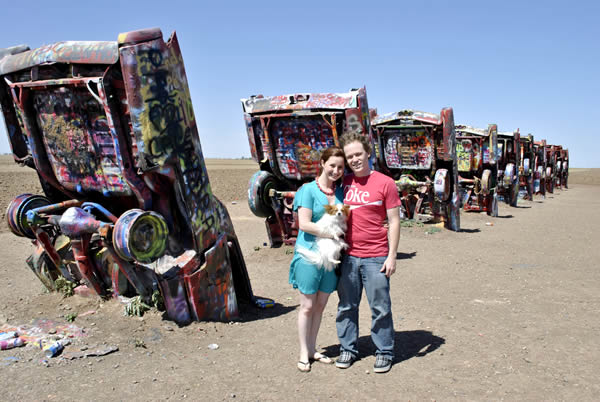 Phoebe was decidedly not impressed. Her face here cracks. me. up. 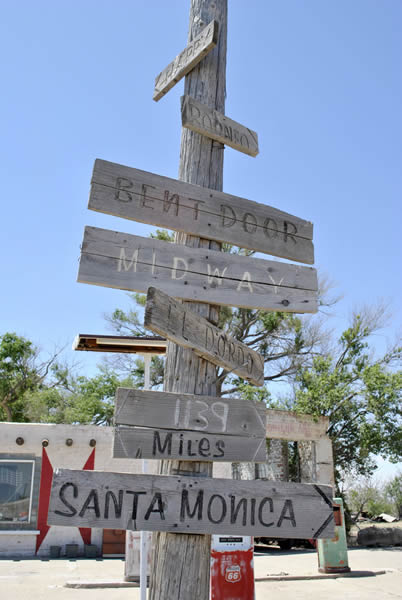 We passed the midpoint! 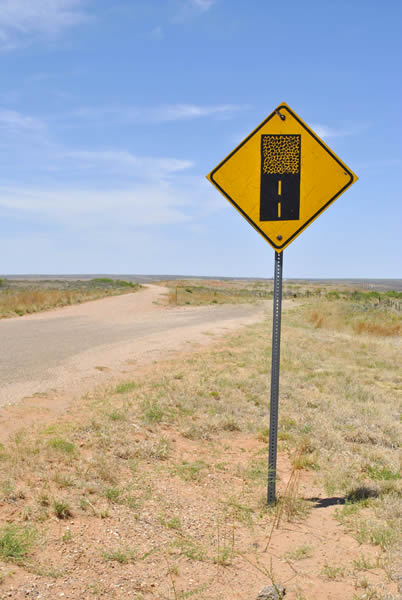 As we entered New Mexico Route 66 turned into a dirt road. We debated taking the interstate for all of two minutes but where’s the adventure in that?

Best part of dirt roads? Being able to stop whenever you want to pose for a mini photo shoot.

By far the highlight of the day though was when we reached Santa Rosa. I was looking through our little guide and noticed something called Blue Hole that was a little off Route 66. It was described as a large well that’s 81 feet deep with crystal blue waters. It sounded neat so we decided to detour a little.

When we got there we realized that not only does it look neat but it’s actually a popular free place on a hot summer day. Anyone can just jump in. Now the water is seriously 64 degrees so it’s not exactly a swimming hole but there was a steady stream of jumpers. 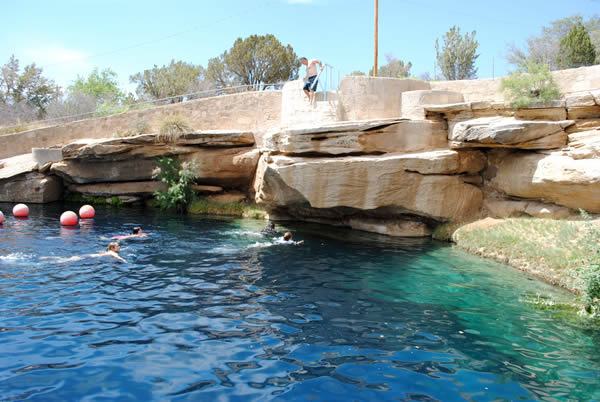 (That old dude about to jump? Not Joel. Or me. In case you were wondering)

Joel and I wandered around with Phoebe and took a few pictures. I must have had a look on my face because Joel turned to me and said, “You want to jump in, don’t you?”

However, I didn’t feel like being the only soaking wet one so I made Joel agree to jump in too.  Joel didn’t really want to because he was nervous about his swimming skills. Since there were two lifeguards on duty though I told him that was no excuse. Plus, I knew he’d really love it once he did it.

I think deep down he knew it too because it didn’t take much convincing before we were back at our car pulling on our bathing suits.

Unfortunately we couldn’t go at the same time because we didn’t have anywhere safe to leave Phoebe. I made him jump first because I was a little afraid he’d back out if I had already jumped. Once it was my turn I was surprised that my legs shook a little as I got out onto the ledge. From up there it looks way scarier than it does on the ground. The scariness was nothing though compared to the icy shock of the water. I’m pretty sure I’ve never felt water that cold in my life. It took my breath away.

Totally worth it though.

And just like that we were on our way again. I can’t believe I even considered not jumping for a minute because it was a little inconvenient to change into my swim suit in the car. Or that I didn’t want to get my hair wet. Good grief.

We jumped off a high rock into ice-cold water. Why? Because why not?

And that’s exactly what this trip is about. Why freaking not.