The one where you say “Aw!”

In mid December the temperatures dropped well below zero (-20 for you Celsius people). It was cold. It was too cold for me, much less our tiny little five pound puppy. She was not impressed with standing out in the cold to do her business, especially when there was perfectly good carpet to pee on in a warm apartment. That made me less than impressed. In order to make the cold more bearable for Phoebe (and life more bearable for me) we went out and bought her this little getup. 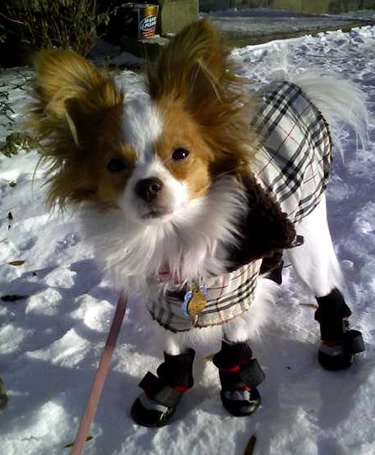 Those boots are a size XXXS by the way. They’re as small as they come and they’re still a little big on her. *giggle*

After she got used to walking in her little outfit she went back to peeing outside and I stopped looking for a new home for her. I’ve gotten a little flack for dressing up my dog like this but if it’s between being teased and cleaning up puddles on my carpet a couple times a day it’s not a hard choice.

Thankfully the temperatures have stayed in the bearable range (Above zero. Wow, when did that become bearable? *shakes head*) but we’ve gotten a lot of snow. It’s funny watching Phoebe in it now that she’s more used to it. 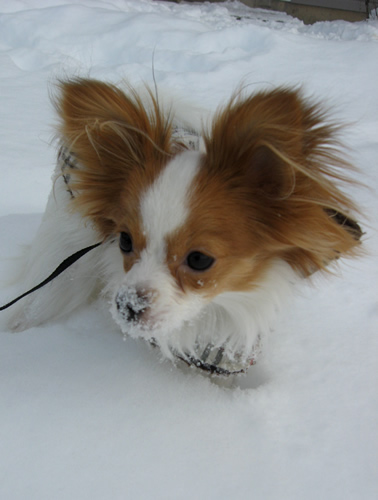 She likes to stick her nose in it. I don’t know if she likes the feeling or if she eats it. Either way it’s kind of funny seeing her with her little snow beard. 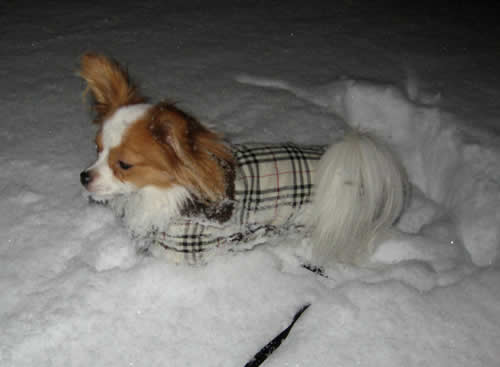 Look how deep it is on her. It’s actually even deeper than it looks here but she’s so light she doesn’t sink all the way to the ground. And yes, we did throw her in a deeper part of snow to see how she’d do. We’re big meanies but she lived. 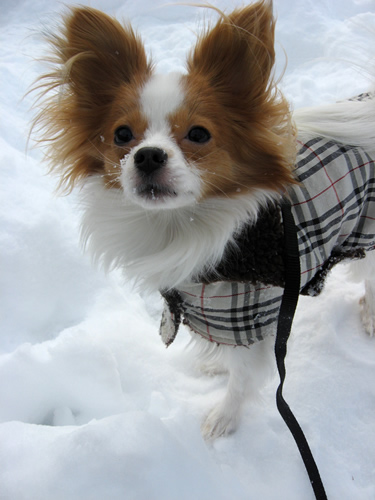 This is the look she gives us when she’s all done doing her business. It means “Take me back in the warm house as fast as possible please.” 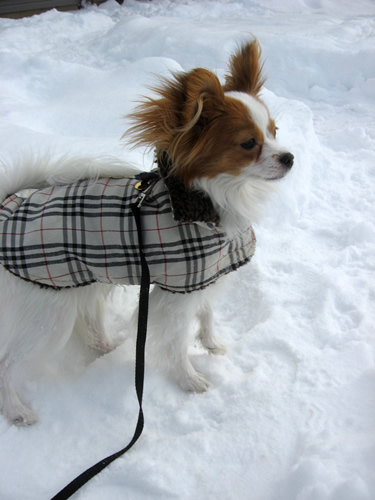 This I have only included because she looks like a little bitty puppy model with that far off look and hair blowing in the breeze. Isn’t she pretty?

Alright, I have enough cute pictures of Phoebe in the snow. How many days until it’s finally spring?

An Apple a Year?