Joel and I live on the north side of Chicago. That’s about four hours from Indianapolis but when we found out Barack Obama was holding a rally there we decided it was well worth the drive. It didn’t matter that the night before Joel and I had tickets to a show downtown Chicago and were out until around 11:30pm the night before. We jumped into bed as quickly as we could and set our alarms for 12:50am. Seriously.

By about 2am we were on the road. After a quick stop to pick up my sister Liz and her son Hunter we were on our way. Poor Joel was the driver and I’m a bit embarrased to say I wasn’t much help keeping him awake and slept like a baby almost the entire way there. He is pretty amazing though and got us there safely. By the time we parked and were in line it was about 7:30am. *yawn* 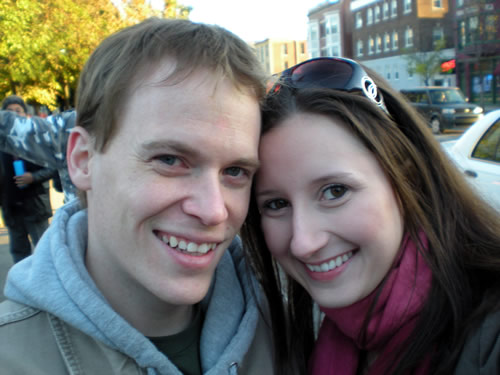 It was freeeezing. According to my iPhone it was only 38 degrees but that probably helped keep us awake.

The gate opened at 9am and we filed in through the metal detectors. Some of the volunteers were instructing us to fill in the sides… but I’m not very good at listening sometimes and got us a spot directly in front of the podium with only about five rows of people in front of us. Now we just had to wait for two more hours until 11am when he was supposed to speak… 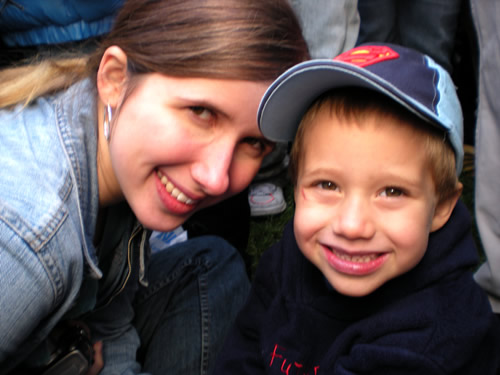 Which turned into nearly three hours since he was late…. 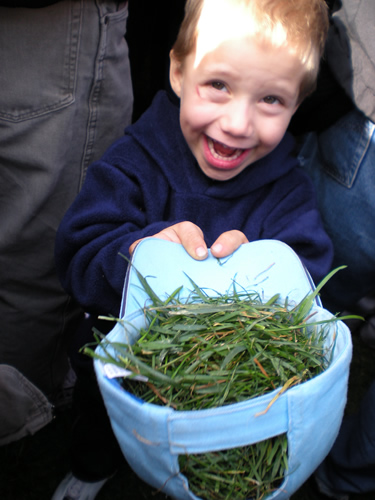 Hunter managed to keep himself entertained and helped with the landscaping in the process. 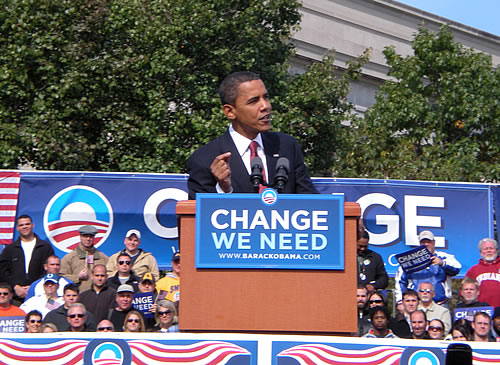 When he finally arrived it was a good speech although nothing I hadn’t already heard from his other speeches. 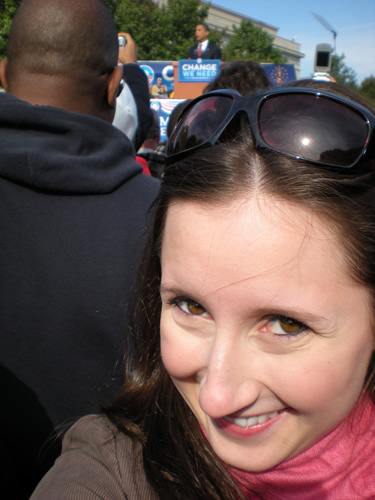 This is how close we were (thanks to me *wink*)

Not fully satisfied, at the end I again used my pushiness to my advantage and was thisclose to him. 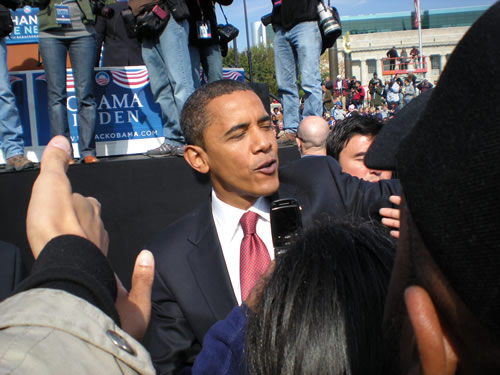 Out of 35,000 people I managed to get within arms length.

With our mission accomplished, we turned right around and drove home. It was a lot of fun and goes on my list of crazy adventures I’ve had simply for the sake of having them. And if he is elected President next week I certainly got some amazing pictures to show my grandkids.

One of the privileges of being a DINK (dual income, no kids) is the ability to, once in a great while, really splurge. Our most recent indulgence was a pair of tickets to see the material girl herself, Madonna, live in concert this past Sunday at the United Center.

Let me just say, worth every penny. She was ah.mazing. She makes my list of top five best concerts ever, possibly top three. She has an amazing voice and is in better shape at fifty than I have been in my entire life. She danced and sang her heart out and absolutely blew me away. At one point she was singing and dancing while doing double dutch. Seriously ah.mazing.

The only thing that was unfortunate is that the tickets were adamant that no cameras were allowed so the only picture I have I took with my iPhone.

Could be anyone on that stage, but trust me, it’s Madonna.

It was such an amazing experience seeing a rock and roll legend live in concert. I would do it again any day… just so long as I’m not buying the tickets.

Edit: She played this video during the concert and it was definitely a highlight for me. Watch and think.

In Sites Worth Visiting

No matter which candidate you’re voting for I’m sure you can appreciate this funny little video.

If you don’t care…

In Sites Worth Visiting

This election is crucial to our country. If you care at all about the major issues that are going to make or break our country, you have to make sure and vote.