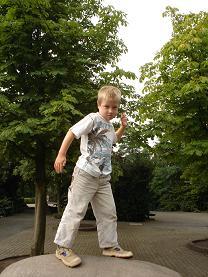 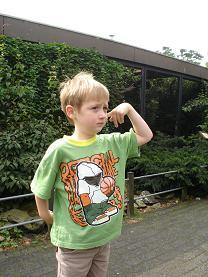 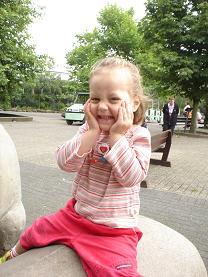 Caroline the Super Little!
(originally the Super Strong but when she couldn’t even get the front door open we all decided she needed a new name, hehe)

With me of course as their faithful leader *smile*

Yes, I had an extra lot of fun with the kids today. We went to the zoo again and since I was in a silly mood I told the kids that we were spies and we had a special mission to find certain animals at the zoo. Timo had an extra special power (because he was so Super Smart) where if he used this: 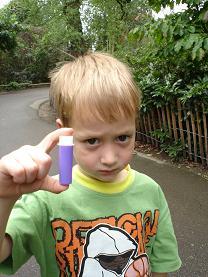 he could become invisible 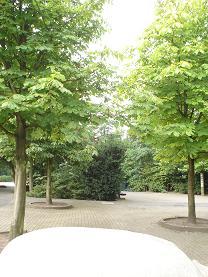 Here’s a picture of Timo when he’s invisible. (I took it right before he got into the frame and you should’ve seen his face when I showed him how the picture didn’t work because he was invisible, too cute!)

We had a lot of fun going around the zoo all James Bond like and finding and watching different animals. Unfortunately our adventure was cut a bit short by rain so we headed home.

Since there was no bread at the house I put the boys in front of the TV and took Caroline to the Albert Hein. The weather wasn’t too bad and even as we left it was still fine outside. About halfway home however the entire sky opened up and it rained harder than I’ve seen in a long time. I picked Caroline up, put her on my back and ran for cover. 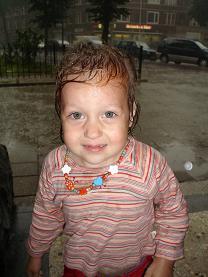 We stood under a covered walkway and watched the sheets of rain come down. It was so cold that we were invited into a little car rental place to wait out the storm. It rained so hard that the roads had about three inches of water covering them and the bike paths were like little rivers. It even hailed for about five minutes! Seriously a crazy storm. Finally it let up enough for us to make a run for it and get home. Ten minutes afer arriving home the sky was blue and sunny again. That’s Dutch weather for you! lol.

And so ended another exciting day in the life of ME! *smile*

Listen to music while you work…

What is going on?!